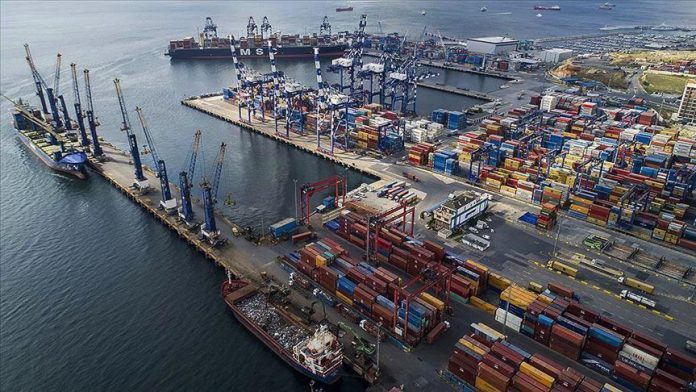 Turkey’s foreign trade volume grew 3.6% year-on-year to $98.4 billion in the first quarter of 2020, according to a preliminary Trade Ministry data released Thursday.

The country’s exports volume was choked off by coronavirus in January-March after seeing 4% rise in the first two months, the ministry said in a statement.

The figure dropped 3.9% on a yearly basis to $42.8 billion in the first three months of this year.

Imports climbed 10.3% to nearly $55.7 billion, amounting to a foreign trade deficit of $12.9 billion over the same period.

The data also showed that the exports-to-imports coverage ratio