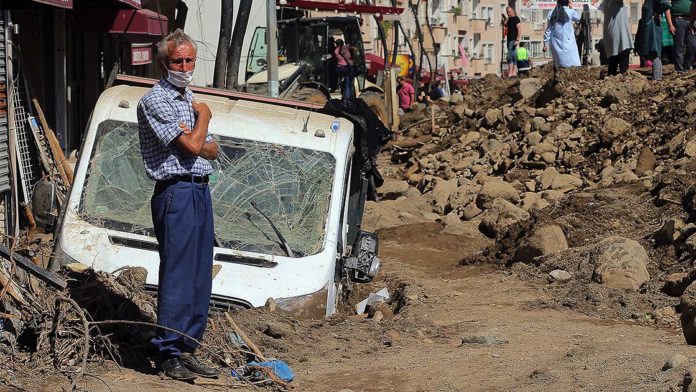 Turkey’s Disaster and Emergency Management Authority (AFAD), in a statement, said some 988 personnel and 288 vehicles were deployed in the rescue efforts.

The floodwaters demolished 17 buildings and slightly damaged 361 structures, Environment and Urbanization Minister Murat Kurum said at a news briefing at the scene.

Meanwhile, 9 million Turkish liras ($1.23 million) were sent to the region to carry out recovery and rehabilitation work.

According to the state meteorology authority, the rains, which started Saturday and caused the flood, reached 137 kilograms (302 pounds) of density per M2, affecting a number of districts.