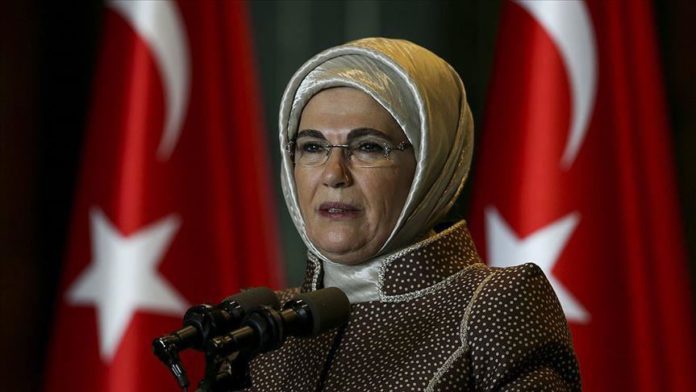 “Water is life. Oceans are the home of countless species. Let’s remember once again on June 8 #WorldOceans Day that the cleanliness of the oceans, seas and coasts is vital for our world,” Emine Erdogan said on Twitter.

She underlined that seas and oceans are the “common frontier” of all countries in the world, and called to act with a “common conscience” on this matter.

“If we can make #ZeroWaste philosophy a lifestyle that includes seas as well, we can carry the vast blues to the future,” Erdogan said.

“Our children do not deserve a future where plastic floats rather than fish. Oceans should not be the tears of nature!” added the first lady.

World Oceans Day is celebrated annually on June 8 to raise awareness over the importance of the world’s oceans and efforts to improve “the deep” since 1992, following the UN Conference on Environment and Development in Rio de Janeiro, Brazil.