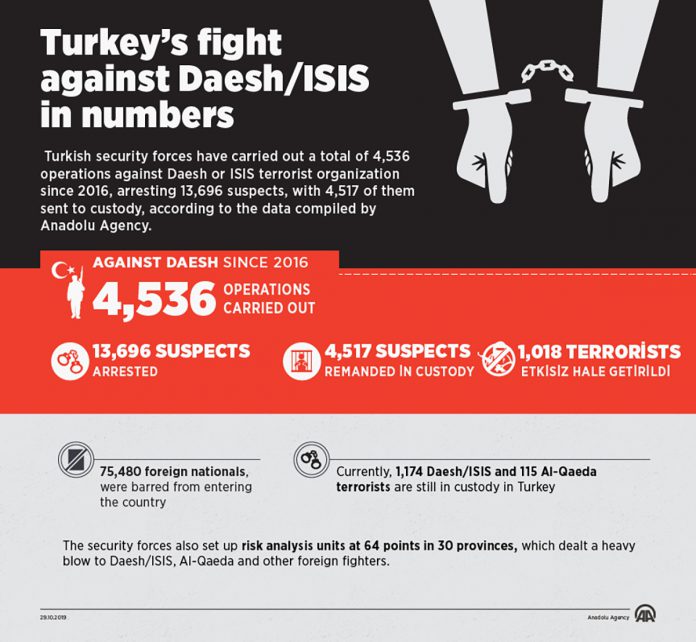 Turkish security forces have carried out a total of 4,536 operations against Daesh or ISIS terrorist organization since 2016, arresting 13,696 suspects, with 4,517 of them sent to custody, according to the data compiled by Anadolu Agency.

The security forces also set up risk analysis units at 64 points in 30 provinces, which dealt a heavy blow to Daesh/ISIS, Al-Qaeda and other foreign fighters.