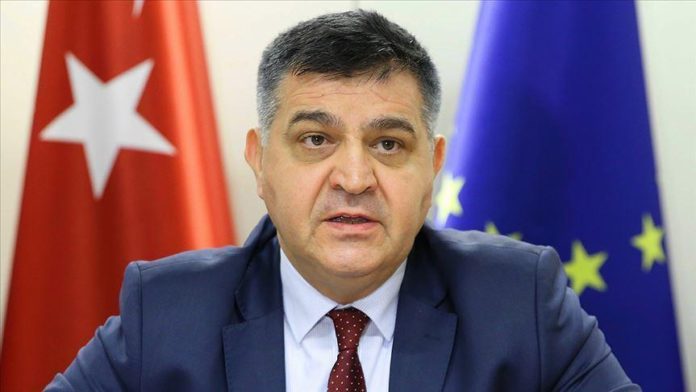 Turkey applied for EU membership in 1987, and accession talks began in 2005. But negotiations stalled in 2007 due to objections from the Greek Cypriot administration on the divided island of Cyprus as well as opposition from Germany and France.

Kaymakci said Turkey is a part of Europe but has not seen enough support from the EU.

He said that European Council resolutions in October meant for Turkey to meet the demands of Greece and Greek Cypriot administration were unacceptable.

“We are waiting for a signal from Greece and Greek Cypriots to solve the problems. You witnessed them rejecting the Annan Plan [UN proposal to end the crisis] in Cyprus. You all know that tiny islands or cliffs in the Aegean and Mediterranean cannot have the same rights as the main continent.”

He added: “We are open to dialogue and negotiation… but Greece is avoiding dialogue. If the EU ignores all of this and continues to move in the same direction, we will all face the consequences.”

While Bitterlich showed concern over the recent tensions in Eastern Meditarranean, where Athens has objected to Ankara’s energy exploration, Ricciardone said the US gives great importance to relations EU-Turkey relations.