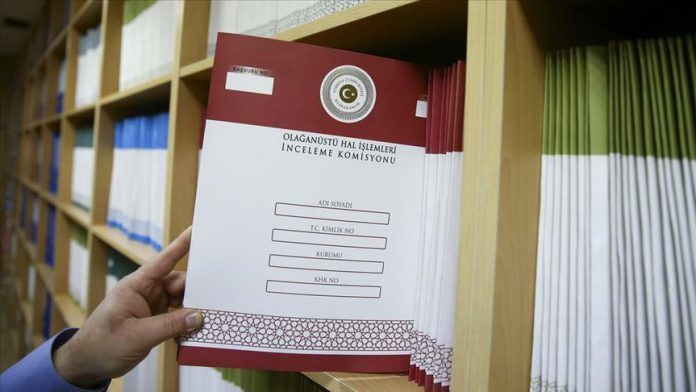 Turkey’s presidential commission on the state of emergency concluded Friday 83% applications concerning measures taken in the aftermath of the July 2016 coup bid.

The Inquiry Commission on the State of Emergency Measures in a report gave details of applications over measures adopted under the state of emergency decree-laws, such as the dismissal of public officials, scholarship cancellations, annulment of the ranks of retired personnel, and the closure of some institutions.

The commission took nearly 132,000 measures, including 125,678 dismissals from public service over links to Fetullah Terrorist Organization (FETO), the terrorist group behind the defeated coup and a