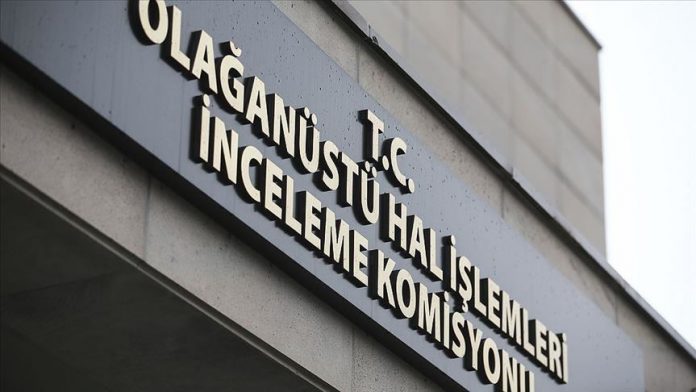 Turkey’s Inquiry Commission on the State of Emergency Measures in a report gave details of applications over measures adopted under the state of emergency decree-laws, such as the dismissal of public officials, scholarship cancellations, annulment of the ranks of retired personnel and the closure of some institutions.