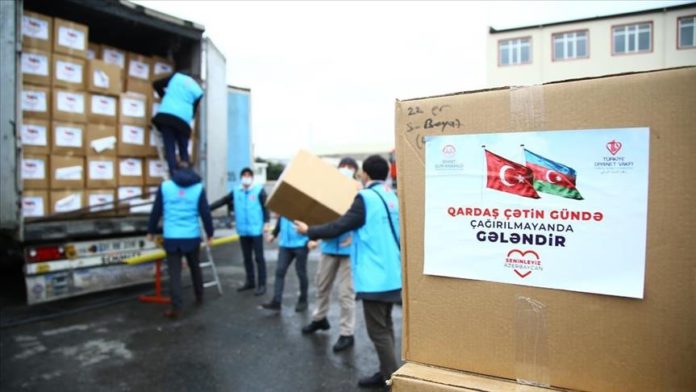 The aid contains food, medical equipment, and toys. It will be distributed to Azerbaijani civilians who were displaced in recent border clashes with Armenia.

Underlining that Azerbaijan and Turkey are two states but one nation, Erbas said Turkey will continue supporting the people of Azerbaijan in their hour of need.

“During the war, we prayed for Azerbaijan and for the victory of its army. Last Friday, we commemorated our [Azerbaijani] martyrs across 90,000 mosques in Turkey,” he noted.

Erbas added that they will continue restoration and re-building of mosques in the territories which were liberated from Armenian occupation.

When new clashes erupted in late September, Azerbaijan liberated several cities and nearly 300 settlements and villages from the Armenian occupation.