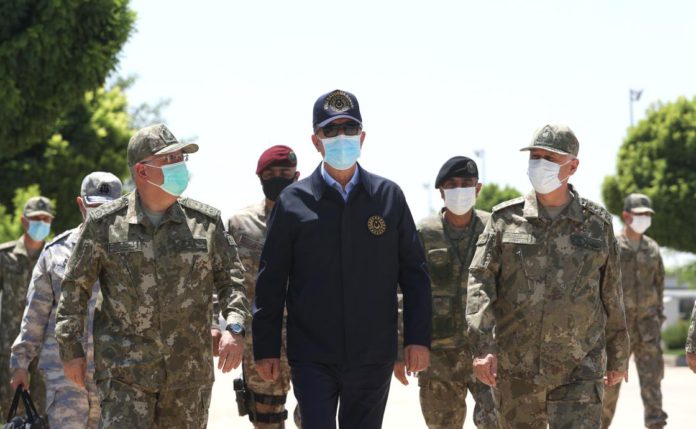 Turkey’s national defense minister on Monday carried out inspections at a military post where Turkish troops in northern Syria are dispatched.

Hulusi Akar was received at the airport of southeastern Gaziantep province by Governor Davut Gul and Commander of the 2nd Army Gen. Metin Gurak.

Akar, along with Chief of General Staff Gen. Yasar Guler and Land Forces Commander Gen. Umit Dundar, visited the 2nd Army Forward Command Post and the 6th Mechanized Infantry Division Main Command Post, where the troops in the north of Syria are dispatched and administered.

The Turkish defense chief is also expected to hold a video conference with the commanders of the troops in northern Syria to be briefed about the latest developments on the field and to deliver instructions.

Over 3.6 tons of marijuana seized in SE Turkey