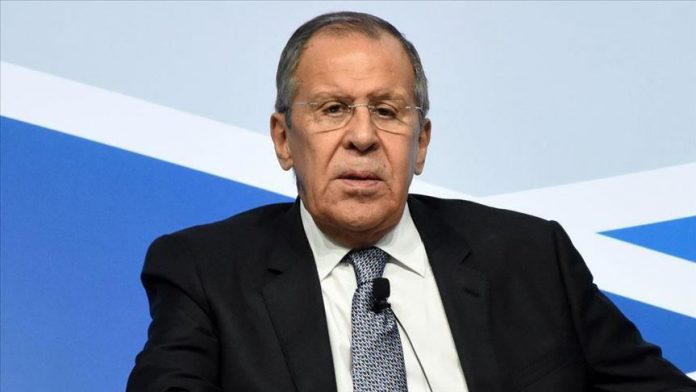 “Turkey has expressed its security concerns for a long time. Russia attaches importance to Turkey’s concerns about its national security,” Lavrov said at a news conference on the Mediterranean in which he touched Turkey’s anti-terror operation in Syria, Operation Peace Spring.

The Turkish operation was aimed at eliminating YPG/PKK terrorists from northern Syria east of the Euphrates River to secure Turkey’s borders, aid in the safe return of Syrian refugees, and ensure Syria’s territorial integrity.

Turkish President Recep Tayyip Erdogan and his Russian counterpart, Vladimir Putin, reached a deal Oct. 22 in Russia’s Black Sea resort town of Sochi under which YPG/PKK terrorists would pull back 30 kilometers (18.6 miles) south of Turkey’s border with Syria within 150 hours, and security forces from Turkey and Russia will mount joint patrols there.

The U.S. reliance on the terrorist group in the anti-Daesh/ISIS fight in northern Syria has angered Ankara and strained relations between the two NATO allies.

In its more than 30-year terror campaign against Turkey, the PKK — listed as a terrorist organization by Turkey, the U.S. and EU — has been responsible for the deaths of over 40,000 people, including women, children and infants.

“The implementation of the Sochi agreement stabilizes Syria,” Lavrov said.

He also criticized the fall of then-Libyan leader Muammar Gaddafi in a NATO-backed uprising in 2011 as an intervention that sabotaged the stability in the region.

“The country is divided. The conflicts still continue in the country,” he said.