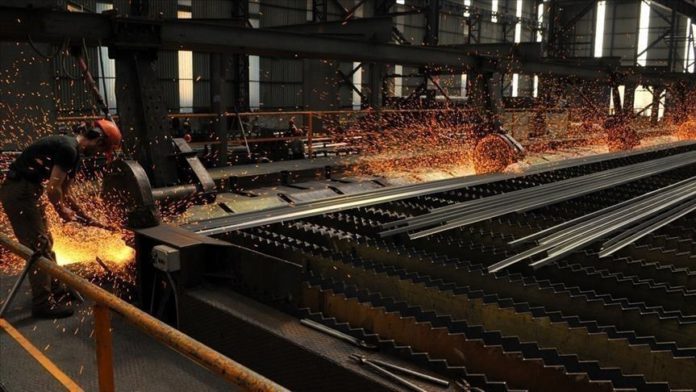 Turkey posted a 5.9% year-on-year rise in crude steel production in February, according to trade group data released on Thursday.

The volume of steel product exports slightly decreased by 0.8% to 1.3 million tons during the same period.

Pointing to the ongoing rise in the reading, the statement underlined that Turkey continued to be the seventh-largest steel producer in the world.

The country’s earnings from steel exports, however, jumped 22% on an annual basis to $826 million in February.

Some 6.4 million tons of crude steel were produced in Turkey in the first two months of this year, an annual rise of 9.4%.

The country’s steel exports dropped 9.4% to 2.6 million tons while imports were up 0.3% to 2.4 million tons in the same period.