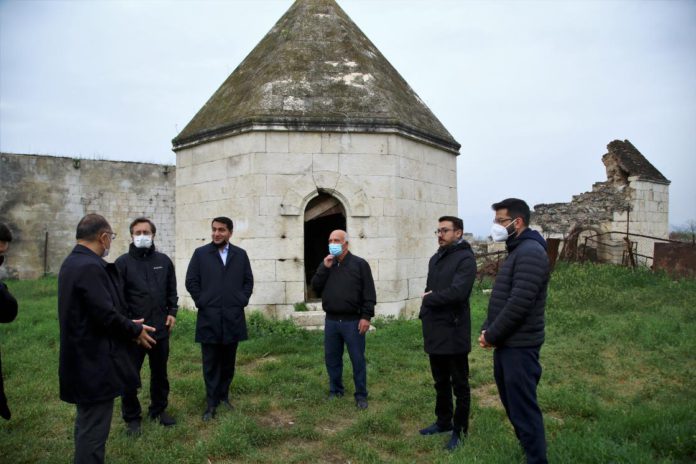 Turkey’s communications director said on Sunday that international organizations, particularly UNESCO, need to look at Karabakh without being hypocritical.

Fahrettin Altun made the remarks during a visit to Azerbaijan’s Aghdam region, which was liberated from Armenian occupation during last year’s Nagorno-Karabakh war. He was accompanied by high-ups and media representatives of Turkic Council member countries.

“There was invasion, barbarism, persecution in this land. Cultural treasures were destroyed. We see it here with our eyes,” he said.

Serdar Karagoz, the chairman and director general of Anadolu Agency, along with other media officials was also among the participants who saw the destruction caused by the Armenians.

Underlining the importance of Azerbaijan’s victory in Nagorno-Karabakh for Azerbaijan, Turkey, and the region, Altun said the decades-long occupation was brought to end with President Ilham Aliyev’s determination.

Turkey under the leadership of President Recep Tayyip Erdogan also supported the rightful struggle of Azerbaijan, he said.

Altun said that the visit to Aghdam made clear the magnitude of the Karabakh victory, but they were saddened by seeing the ruined cities. 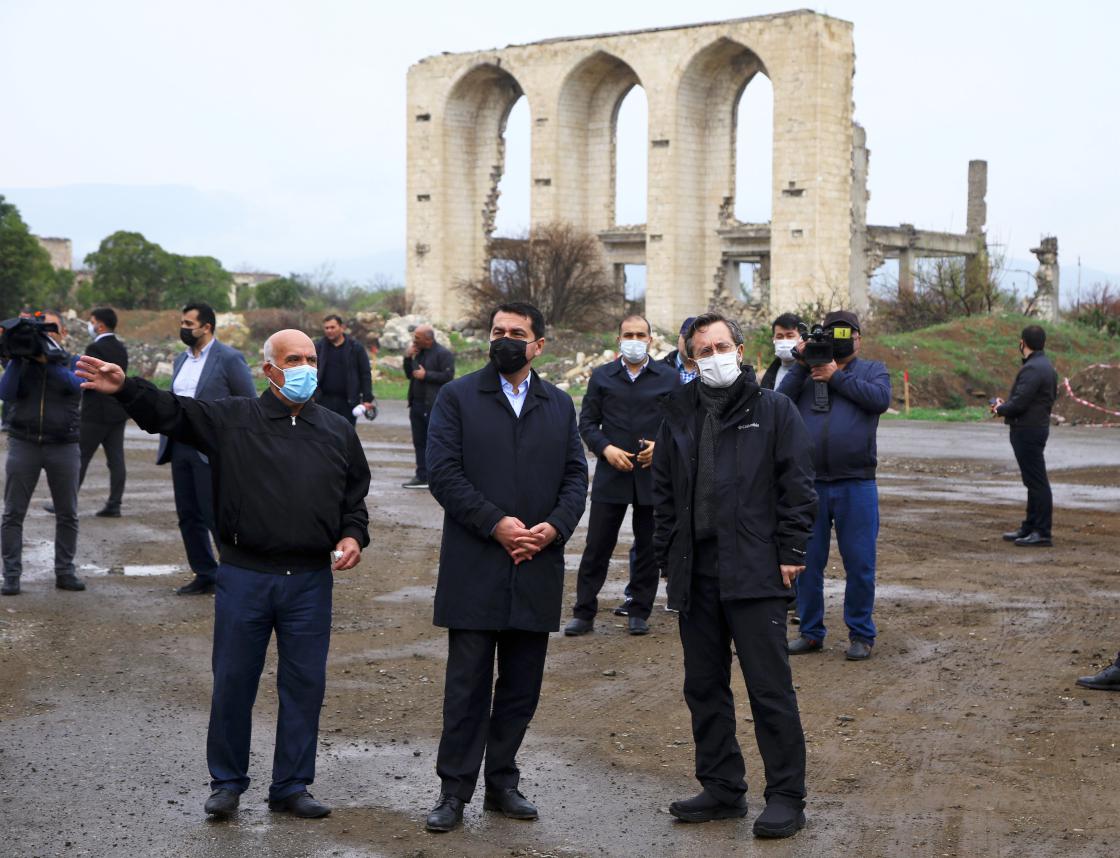 He added: “But they didn’t succeed, they won’t succeed. Because these lands are the lands of the Turks and Islam. The cruelty of the tyrants and their barbaric policies could not find any response.”

He said the real owners of these lands liberated Karabakh, adding that one million Azerbaijani brothers will return to these places with Turkish support.

“We have shown that as the real actors of the region, we will never allow such an invasion again … this region will turn into an attraction center of the world. We stand by our Azerbaijani brothers with all our efforts and strength in this regard.”

Altun and others also visited Azerbaijan’s Ganja city, which was attacked by missiles by Armenian forces during the last year’s conflict. Scores of citizens were killed and injured as a result.

“It is a war crime, a crime against humanity to murder people, including children, in civilian settlements when people are sleeping,” Altun said.

Six weeks of intense conflict between Baku and Yerevan ended after they signed a Russia-brokered agreement on Nov. 10, 2020 to end the fighting and work toward a comprehensive resolution.

During the 44-day conflict, Azerbaijan liberated several cities and nearly 300 settlements and villages, which have fallen into a dilapidated state since the Armenian invasion in the early 1990s.

Pushed back by Greece, 19 migrants found frozen to death in...

World stood with Turkey after defeated coup of 2016