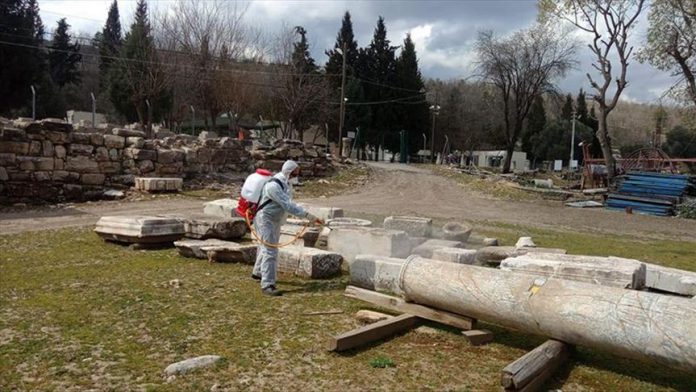 Turkish authorities have disinfected the historical city of Stratonikeia as part of measures to curb the spread of coronavirus.

The city in Turkey’s western Mugla province was included in the tentative list of UNESCO World Heritage sites in 2015.

Also known as the “City of Gladiators,” the historical site was important in the Hellenistic, Roman, Byzantium and Anatolian periods as well as the Ottoman and Turkish Republic eras.

Municipal workers disinfected the excavation area and historic structures, including the Turkish bath from Seljuk era and the Saban Agha Mosque.

Speaking to Anadolu Agency, Bilal Sogut, head of the