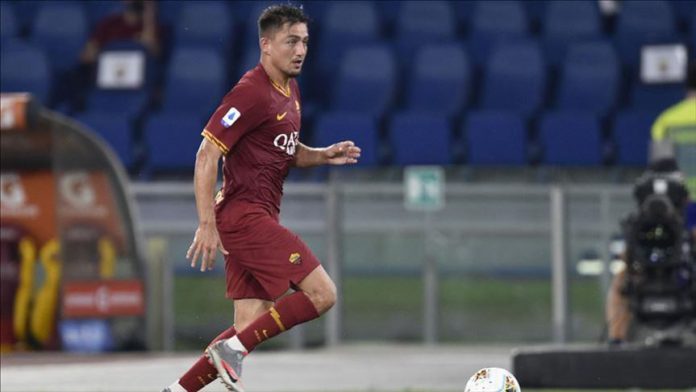 An agreement was reached with the Italian side to loan the 23-year-old winger until the end of the season, the club said in a statement.

“I’m looking forward to starting training at Leicester. I always had a dream to play in England and I took a great opportunity to perform in the Premier League,” Under said after signing the contract.

The attacking midfielder said he will try helping his teammates both on and off the field, and improve his performance.

“I consider myself a fast player and will prepare many scoring opportunities for my teammates,” he said, adding that he would be glad to be in the same team with Caglar Soyuncu, Turkey’s national player.

“I feel great because I have good friends in Leicester City. It is pleasing to be in the same team with Caglar. I watched Leicester’s games all the time because of him.”

Under also sent a farewell message to Roma on Twitter, saying: “3 years ago, when I walked into this door, I came to show a great challenge. During my time here, I loved not only AS Roma, but also the city of Rome, the culture, the people of this wonderful city.”

“I’m sincerely thankful to all of fans for the love and support that shared with me since my first moment here. After our unique time together, I have a new challenge ahead of me.”

According to reports in the UK media, Leicester City will pay Roma €3 million (around $3.55 million).

Under scored 17 goals in 88 matches with the Rome-based club.

*Writing and contribution by Jeyhun Aliyev