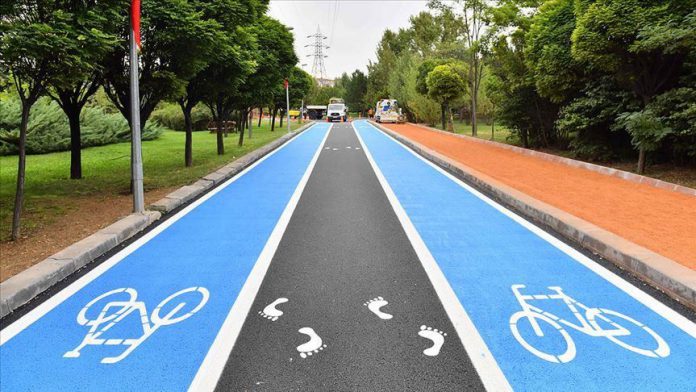 A bicycle track project was inaugurated on Wednesday in the Turkish capital Ankara.

Mayor Mansur Yavas said construction of the track will begin in three months.

He said there were eight universities, two industrial zones, over 20 public institutions, more than 30 schools, sports complexes, hospitals and many parks on the route.

Yavas said the project is intended to end in a year and that they have already built bicycle channels on the stairs of the subway stations and put bicycle transport apparatus in the wagons.

Pakistan 'disappointed' with US terrorism report