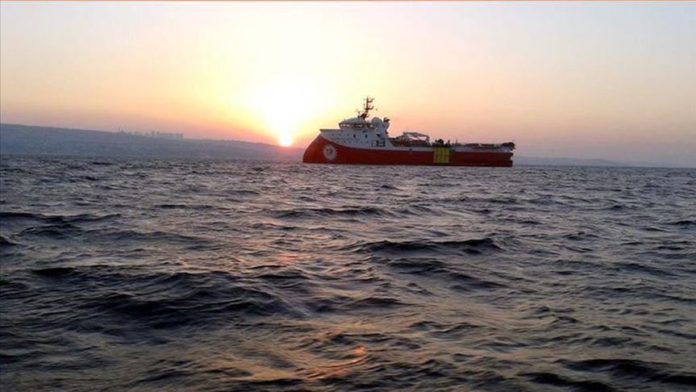 Turkey’s seismic research vessel, Barbaros Hayreddin Pasa will continue its activities in the Eastern Mediterranean between Oct. 10 and Nov. 9.

Earlier, Turkey had announced that the ship would conduct research in the region until October 18.

Ankara has also said energy resources near the island of Cyprus must be shared fairly between the Turkish Republic of Northern Cyprus (TRNC) — which has issued Turkish Petroleum a license — and the Greek Cypriot administration of Southern Cyprus.

Turkish President Recep Tayyip Erdogan has said the only solution to the dispute was through dialogue and negotiation, urging Athens to respect Turkey’s rights.