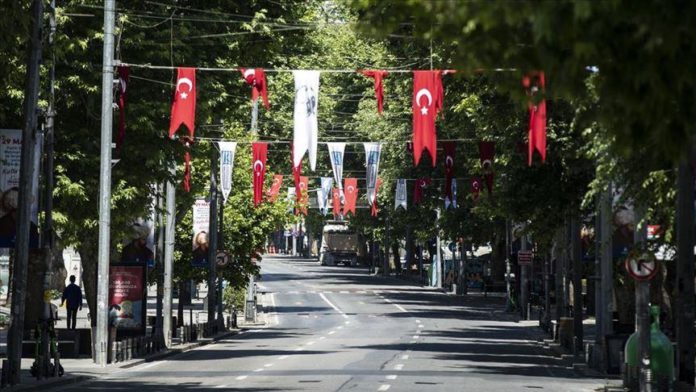 According to data compiled by Anadolu Agency, 2.17 million people were diagnosed with COVID-19 among the nearly 24 million tests conducted since March 11, when the first positive case was confirmed in the country. The infection rate was 9%.

As many as 20,135 people have succumbed to the novel coronavirus, while over 2 million patients recovered so far.

According to the data shared by Turkey’s Health Ministry, there have been drops in the numbers of active cases, daily patients, and patients in critical condition, while the number of patients recovering in the same period has increased.

During this period, a total of 283,881 people recovered from the novel coronavirus.

Following the announcement of the first coronavirus case in Turkey on March 11, preventive measures were implemented as part of fight against COVID-19.

With the increasing number of cases and fatalities, Turkey took new measures, imposing curfews across the country since Nov. 21. The curfew takes effect between 9 p.m. and 5 a.m. on weekdays, while covering whole weekends.

Meanwhile, malls, markets, restaurants, and hairdressers open from 10 a.m. to 8 p.m. throughout the week, with restaurants only providing delivery services. In addition, on the weekends, only bakeries are allowed to open.

People over the age of 65 and under 20 are not allowed to use public transport.

Education will continue online until the end of the year and all sports competitions will continue to be played without audience.

A total of 30 people, including relatives, are allowed to attend funerals and wedding ceremonies.

Events where people would come together such as religious holidays, condolence visits, and New Year celebrations are banned.

Pakistani pilots to get technical training in Turkey