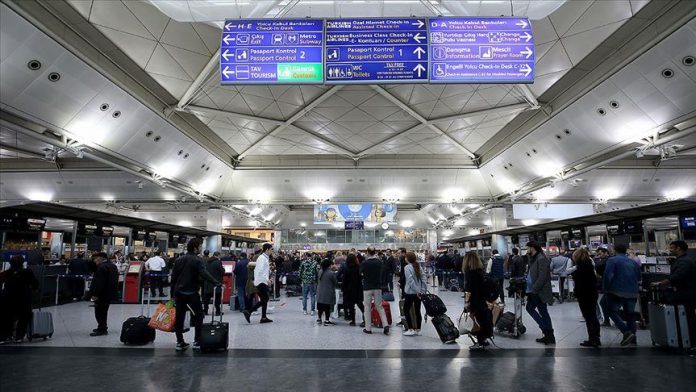 The number of air passengers — including transit passengers — in Turkey totaled 209.09 million in 2019, the country’s airport authority announced Tuesday.

The January-December figure was down by 0.9% compared to the previous year, the General Directorate of the State Airports Authority (DHMI) data showed.

However, the number of international passengers soared by 11.4% year-on-year to hit 108.7 million in the same period.

Over 100 million domestic passengers traveled through Turkish airports, down 11.3%, in the same period.

Finland says fight against terrorism is important, but remains uncommitted