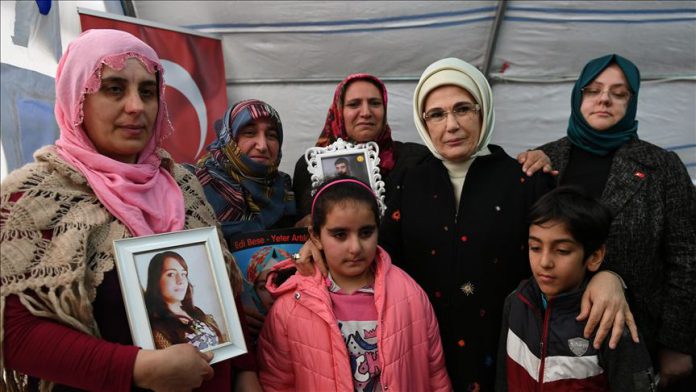 Dozens of mothers taking part in a months-long sit-in protest in southeastern Turkey against the YPG/PKK terrorist group will defeat terrorism and oppression, Turkey’s first lady said on Tuesday.

“I believe with all my heart that the power of motherly love will defeat terrorism, weapons, and oppression,” Emine Erdogan said during a visit to Diyarbakir province in support to mothers whose children were kidnapped the terrorist group YPG/PKK.