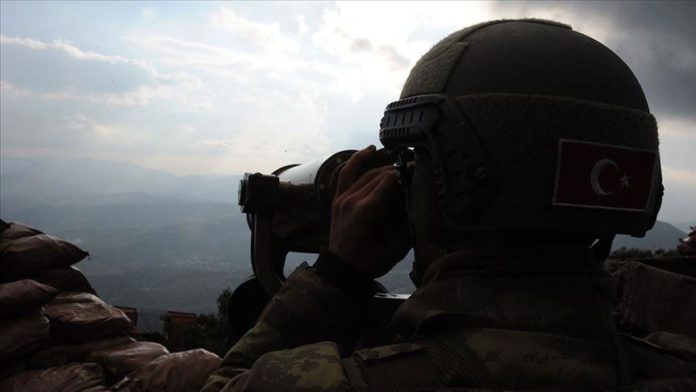 A YPG/PKK terrorist surrendered to security forces in southeastern Turkey, a security source said on Thursday.

Terrorist who fled the terror group in northern Syria surrendered at border post in Ceylanpinar district of Sanliurfa province, said the source, who asked not to be named due to restrictions on speaking to the media.

Turkish security forces and families of terrorists have convinced at least 82 terrorists to drop their weapons this year.

Turkish officials have cited rising numbers of defections and dwindling recruitment as signs of the terrorist group’s disintegration.

In its more than 30-year terror campaign against Turkey, the PKK — listed as a terrorist organization by Turkey, the US and the European Union — has been responsible for the deaths of nearly 40,000 people, including women, children and infants. The YPG is the PKK’s Syrian offshoot.