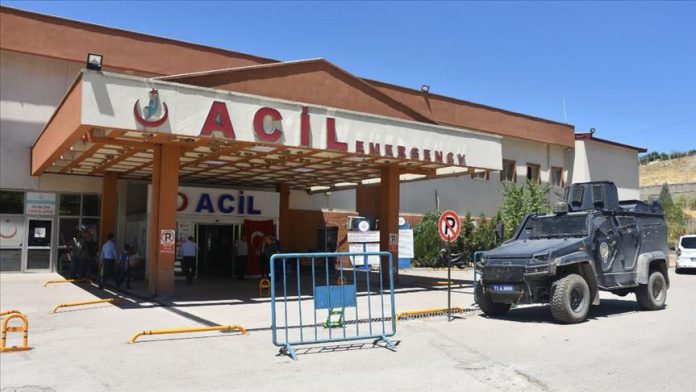 A Turkish village guard was heavily injured when a roadside bomb planted by YPG/PKK terrorists in the country’s southeast detonated, according to a security source on Monday.

The improvised explosive device planted near the village of Gormec in the Sirnak province detonated when Selahattin Yildirim, the 33-year-old village guard, was passing by in his vehicle, said the source on condition of anonymity due to restrictions on speaking to the media.

Surviving the blast with heavy injuries, Yildirim was taken to a state hospital in the province via military helicopter, the source added.

An operation has been launched to capture the terrorists in the region.

In its more than 30-year terror campaign against Turkey, the PKK – listed as a terrorist organization by Turkey, the US and EU – has been responsible for the deaths of 40,000 people, including women, children, and infants. The YPG is the terrorist PKK’s Syrian branch.