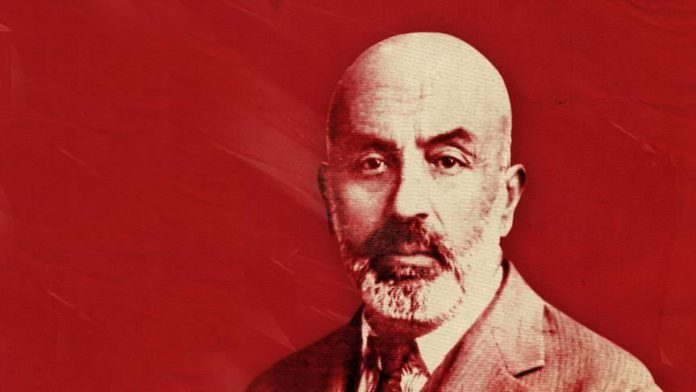 A panel on Friday paid tribute to Mehmet Akif Ersoy, the writer of the lyrics of Turkey’s national anthem adopted in 1921 by the Turkish parliament, two years before the republic itself.

The panel – co-organized by Social Sciences University of Ankara (ASBU) in the Turkish capital and Sebilurresad magazine — started after the participants – including former ministers, lawmakers, and a mayor – observed a minute of silence for Ersoy, who is also known in Turkey as the “nation’s poet.”

Selma Ersoy Argon – the poet’s granddaughter – also delivered remarks to the panel, telling about his hard