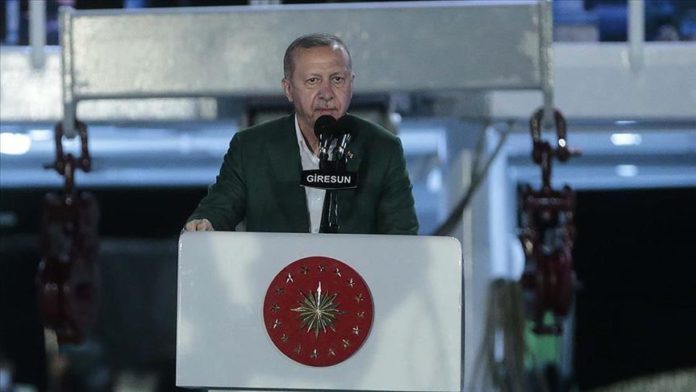 Turkey will not tolerate illegal actions in the Aegean and Mediterranean regions, said the nation’s president on Monday.

“Turkey won’t allow piracy or banditry in the Mediterranean and Aegean regions,” Recep Tayyip Erdogan said in the Black Sea province of Giresun at an event marking the start of the fishing season.

Erdogan said Turkey would not be confined to its shores, as it is the country with the longest coastline in the Mediterranean region.

He spoke against the backdrop of recent disputes with Greece over maritime boundaries, especially concerning energy exploration in the Eastern Mediterranean.

Turkey has argued the sides should sit down for dialogue to reach a win-win solution based on fair sharing.