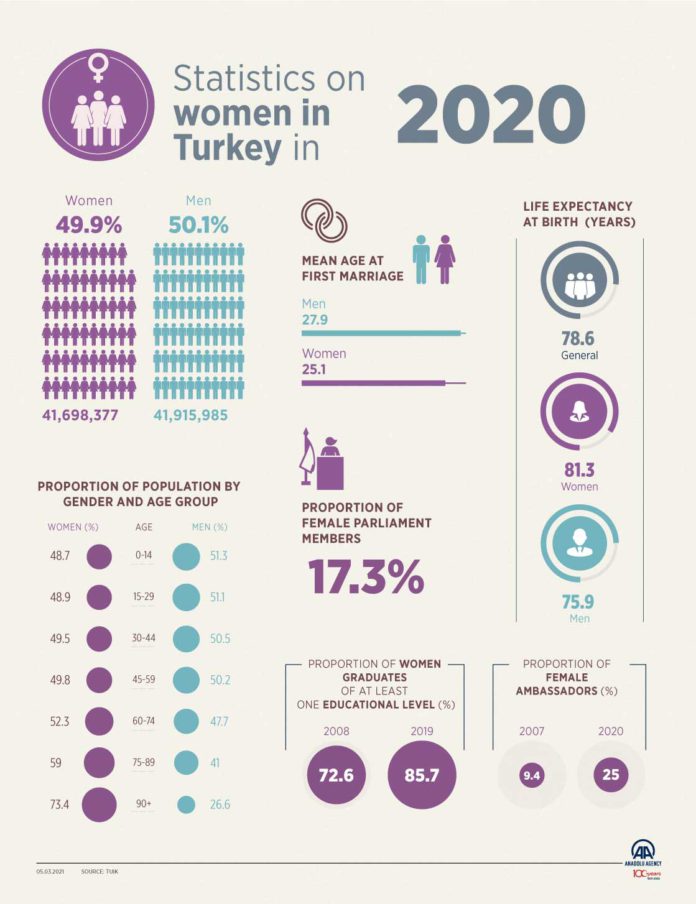 Women in Turkey live longer lives than men on average but enjoy nearly four fewer healthy years, according to statistics released in the runup to next Monday’s International Women’s Day.

Based on data from 2017-2019, at birth women in Turkey are set to enjoy 55.4 years of a healthy life, versus 59.1 years for males, said the Turkish Statistical Institute (TurkStat) on Friday.

But the data said women’s life expectancy at birth is 5.4 years longer than men’s.

The report also said women’s employment rate is less than half of men’s.

Over the last seven years the duration of working life for women got 2.4 years longer, the report showed.

The duration of working life is defined as the number of years that a person is expected to be active in the labor market throughout his/her life.

A larger share of seats in Turkey’s parliament also now go to women.