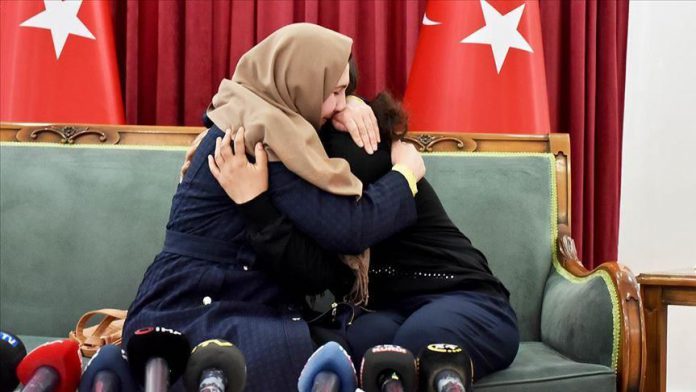 A Turkish family was reunited with their daughter on Monday, six years after she was said to have been kidnapped by the YPG/PKK terror group.

Tekosin Acar, 27, surrendered to authorities on Sunday after being persuaded by Turkish officials to return home.

She met her mother, Naime Dalmis, at the Diyarbakir provincial gendarmerie’s headquarters on Monday, making her the 13th person to be reunited with their family after abduction by the YPG/PKK.

Dalmis was one of the mothers participating in the ongoing protest outside the Diyarbakir office of the Peoples’ Democratic Party (HDP), a party accused by the

Oil prices down over unexpected rise in US crude