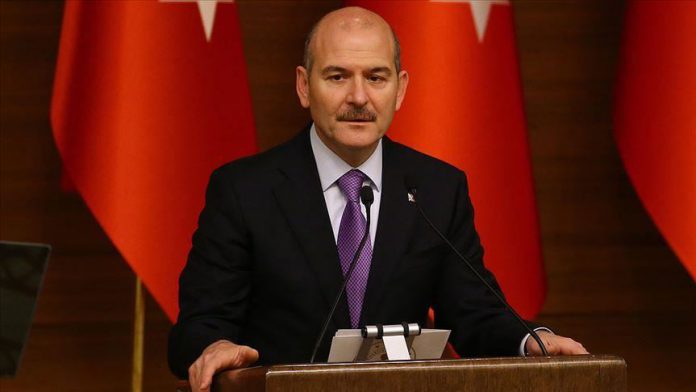 Turkey’s government will not allow discrimination to disrupt peace in the country, said Turkey’s interior minister on Thursday, speaking in the wake of vandals defacing a house owned by Alevis.

Speaking at an event in western Izmir province, Suleyman Soylu said authorities would investigate the incident in which unidentified perpetrators marked one of the walls of an Alevi house with an X sign and discriminative slur in Izmir province on Wednesday.

“I see that mark as if it was written on my house’s wall,” Soylu said, underlining that those responsible would account for the incident.

Major party in Turkey agrees with gov't on drafting constitution