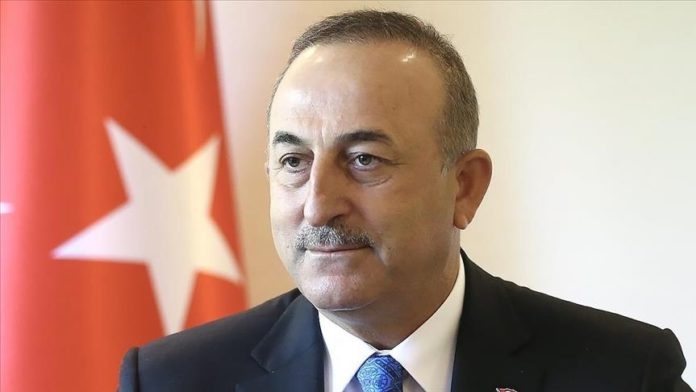 The Turkish foreign minister on Saturday voiced solidarity with Palestinian people as they observed the 73nd anniversary of Nakba, or The Catastrophe.

On Twitter, Mevlut Cavusoglu said that Palestinian people have still been subjected to “ethnic, religious and cultural cleansing” since the Nakba in 1948, when hundreds of thousands of Palestinians were exiled from their homeland.

“Will forever stand by Palestinian brothers&sisters in their fight for freedom&dignity,” he pledged.

A total of 145 people, including 41 children and 23 women, have been killed and 1,100 more injured since Israel started attacks on Gaza on May 10.

The airstrikes on Gaza were preceded by days of tensions and Israeli aggression in occupied East Jerusalem, where hundreds of Palestinians were assaulted by Israeli forces and settlers at the Al-Aqsa Mosque and in the Sheikh Jarrah neighborhood.

Israel occupied East Jerusalem during the 1967 Arab-Israeli war and annexed the entire city in 1980 in a move never recognized by the international community.

Observed on May 15 annually, the Nakba Day marks the 1948 forced expulsion of nearly 800,000 Palestinians from their homes in historical Palestine.

Seventy-three years ago, hundreds of Palestinians were forced by Zionist gangs to leave their villages and towns to neighboring countries like Jordan, Lebanon and Syria.

Another part of Palestinians found themselves displaced to the Gaza Strip and West Bank to pave for the way for the creation of the state of Israel.

Despite their decades-long suffering, however, Palestinians still continue to affirm their right to return to their homes and villages in the historical Palestine, coming up with creating ways to make this right achievable.

The Palestine-Israel conflict dates back to 1917 when the British government, in the now-famous Balfour Declaration, called for “the establishment in Palestine of a national home for the Jewish people”.

According to the Palestinian Central Bureau of Statistics, the Nakba resulted in the displacement of nearly 800,000 Palestinians out of 1.4 million Palestinians who lived in historical Palestine in 1948 in 1,300 villages and towns.

On the other hand, Palestinians today are exposed to unprecedented oppression and attacks of Israel in their homeland.

EU delegation due in Turkey on Friday