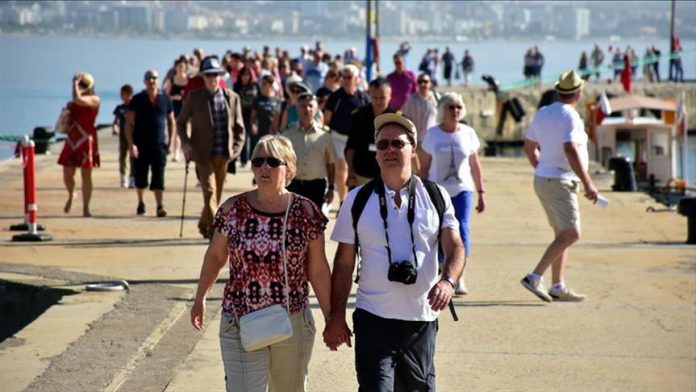 The number of foreigners visiting Turkey jumped 16.11% on a yearly basis in January, the country’s Culture and Tourism Ministry said on Monday.

Istanbul continued to be Turkey’s top tourist draw, attracting nearly 57% of all visitors — around 1 million.

Edirne, in northwestern Turkey, which borders both Bulgaria and Greece, saw the second-highest number of foreigners, with 222,494 in the month.

The Mediterranean resort city of Antalya followed them with 8.04% or over 143,679 foreign visitors last month.

Bulgarians accounted for over 9% or