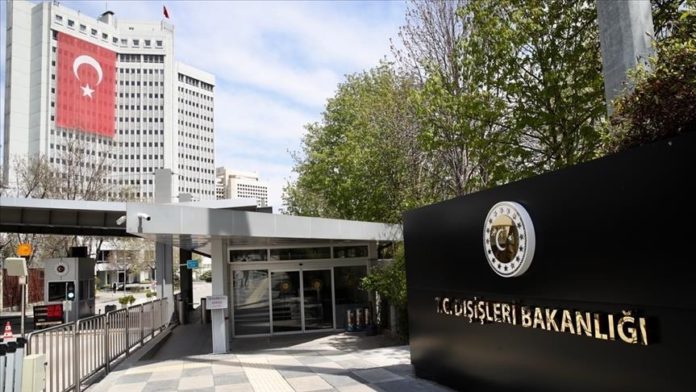 Turkey on Friday welcomed the recent political developments in Libya as the North African country elected its interim president and prime minister to govern the country until Libyan elections in December.

“We welcome the designation of the President and members of the Presidency Council and the Prime Minister who will serve until the general elections that are scheduled to be held on 24 December 2021 in Libya, as a result of the elections held in the Libyan Political Dialogue Forum (LPDF),” the Turkish Foreign Ministry said in a statement.

“We hope that the new Government of National Unity will be formed and take office as soon as possible on the basis of the Road Map adopted by the LPDF,” the ministry noted.

Reiterating Turkey’s support for democracy, security, and stability in Libya, the ministry called on the international community not to tolerate developments and actors who might spoil the political solution in the country.

Earlier on Friday, Mohammad Younes Menfi on Friday was elected the president of Libya’s interim government, and Abdul Hamid Mohammed Dbeibah the prime minister in the Presidency Council during voting in an unnamed location in Switzerland not far from Geneva.

Erdogan thanks Trump for efforts to enhance bilateral ties