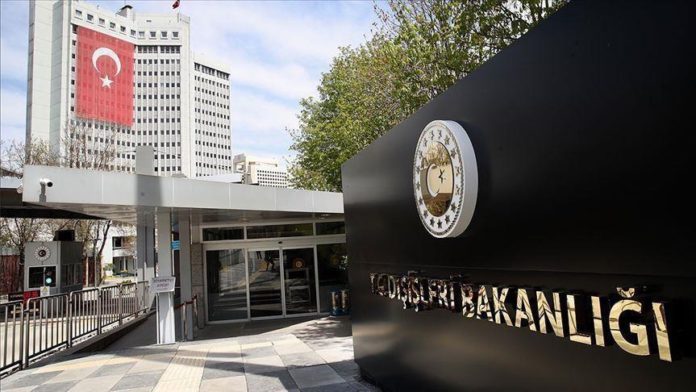 Turkey welcomed the reappointment of the incumbent UN Secretary-General Antonio Guterres for another five-year term, the Turkish Foreign Ministry said on Friday.

“We extend our congratulations to Mr. Guterres for his re-appointment,” the ministry said in a statement.

“We are confident that the close and cordial relations that Secretary General Guterres has established with Turkey during his current term will continue in the coming period,” the statement read.

“Turkey will further strengthen its support to the UN Secretary General as well as the work of the Organization in pursuit of the purposes and principles of the UN Charter,” it added.

“It is also a distinct pleasure for Turkey that Mr. Volkan Bozkır, President of the 75th General Assembly, has led the whole appointment process, including the Plenary Session of the General Assembly, where the decision was taken for the re-appointment of Mr. Guterres,” the statement added.

The UN General Assembly adopted a resolution on Friday to re-appoint Guterres, whose first term will end on Dec. 31.​​​​​​​