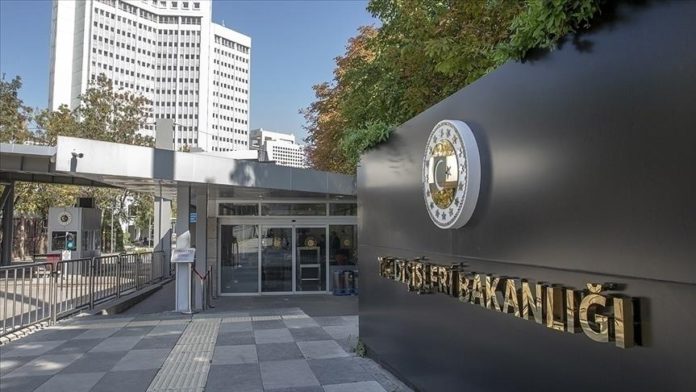 Turkey on Friday welcomed the last-minute post-Brexit trade deal between the UK and EU.

“Turkey welcomes the deal reached in the negotiations on the future of post-Brexit relations between the United Kingdom and the European Union,” said the Foreign Ministry in a statement.

Underscoring Turkey’s “close relations with the UK in all fields”, the ministry also said the country is “also an EU candidate country and in Customs Union with the EU. We believe that this deal will provide Turkey with new opportunities in terms of its relations both with the EU and the UK.”

“In this context, preparations for signing a Free Trade Agreement between the UK and Turkey have also reached a final stage,” the statement added.

The UK left the EU this Jan. 31 but then entered a transition period which is due to expire at the end of December.

UK voters decided to leave the bloc after more than 40 years of membership in a 2016 referendum.