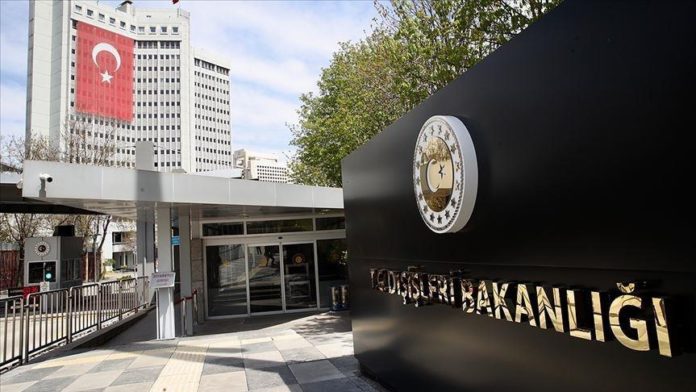 Turkey on Sunday welcomed Yemen’s new government after it was sworn in recently in the Saudi capital, Riyadh.

“We hope that this development will contribute to the resolution of the conflict and the humanitarian crisis that has been going on for over six years,” the Turkish Foreign Ministry said in a statement.

The conflict in Yemen has turned into an “unprecedented” human tragedy exacerbated by the impact of the COVID-19 outbreak, the statement added.

“As a consequence, finding a lasting political solution to the conflict in the country has become an urgent necessity,” it said.

Turkey supports the resolution of the conflict on the basis of UN Security Council resolutions and established international parameters through dialogue and constitutional legitimacy, respecting the political unity and territorial integrity of Yemen, it added.

Yemen’s new cabinet, led by Prime Minister Maeen Abdul Malik, was formed under the Riyadh Agreement between the Yemeni government and separatist Southern Transitional Council, which is backed by the United Arab Emirates.

On Dec. 18, the Yemeni Presidency announced the formation of a power-sharing government containing 24 ministers selected on an equal basis between northern and southern provinces as stipulated in the Riyadh Agreement. The new government includes five ministers from the STC.

According to the UN Office for the Coordination of Humanitarian Affairs (OCHA), the conflict in Yemen has so far claimed the lives of 233,000 people.