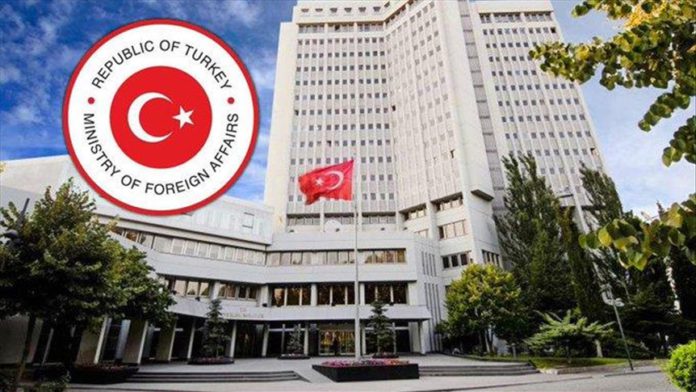 Turkey on Friday welcomed the Ethiopian government’s declaration of a unilateral cease-fire as unconfirmed reports surfaced regarding months of fighting in the Tigray region.

Citing the “humanitarian ceasefire” declared June 28, a Foreign Ministry statement said: “We consider the ceasefire, which is declared for the immediate cessation of the hostilities and the unfettered delivery of the humanitarian aid to the region, as a right step towards the resolution of the ongoing conflict.”

It also expressed Turkey’s continuing support for “efforts towards maintaining peace, tranquility and stability in Ethiopia, with which it enjoys long-standing historical relations.”a

As part of the recently-announced truce, Ethiopia said aid agencies in Tigray will be operating without escort from the army so farmers there can make use of the main crop season from June to August to harvest.

A statement by Ethiopia also claimed that rebel TPLF forces are still in a fragmented state, launching sporadic attacks.

More than 1 million people were internally displaced and tens of thousands fled to neighboring Sudan.

International aid agencies, including UN organizations, have been warning of a looming famine in Tigray.

The Ethiopian government said it has been supplying humanitarian assistance to most people in need.​​​​​​​

Tigray has an estimated population of 5.5 million.