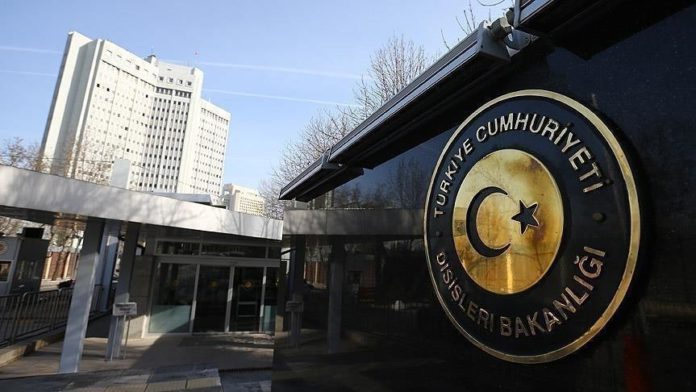 Turkey on Tuesday hailed Sudan’s move to reconstitute its government as a step that could lead to “lasting peace, prosperity and stability” in the North African country.

“We welcome the formation of the new Government on 8 February, 2021, in the friendly and brotherly Sudan in accordance with the commitments entailed in the Constitutional Declaration, which constitutes the basis of the ongoing transition process,” the Turkish Foreign Ministry said in a statement.

In a televised news conference, he said the government’s priorities would be economic reforms, peace, a balanced foreign policy, restructuring of civilian and military entities, and ensuring justice for victims of Sudan’s internal conflicts.

“We believe that the new Government, which is formed on the basis of the Peace Agreement signed on 3 October, 2020, will assume a vital task to achieve lasting peace, prosperity and stability with an inclusive approach in Sudan,” the Turkish Foreign Ministry said.

“As before, Turkey will continue to stand by the brotherly Sudanese Government and people in the period ahead.”

The Cabinet reshuffle, which has come after last October’s peace deal with rebel groups, is part of premier Hamdok’s efforts to push through reforms and get foreign financing to overcome an ongoing economic crisis and pave the way for Sudan’s transition to democracy.

Sudan has recently witnessed protests in several cities over the country’s deteriorating economic situation and surge in prices of basic commodities caused by the weakening of the Sudanese pound against the dollar.