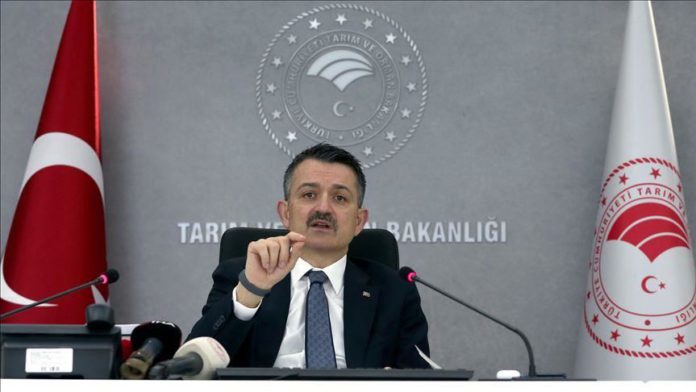 Turkey wastes 19 million tons of food, which is one-fifth of the country’s food production, annually, the forestry and agriculture minister said on Friday.

“If we can prevent the food waste by only 2% in our country, we can meet the one-year living expenses of approximately 360,000 families,” Bekir Pakdemirli said in an online meeting related to the World Food Day, organized by the UN’s Food and Agriculture Organization (FAO).

Saying that the pandemic period made critical to accessing food, he noted that Turkey took innovative steps in the agriculture field in this period, such as digital agriculture platform, smart agriculture implementations, the GenBank and ancestry seeds projects.

Turkey feeds 4.5 million refugees and 40 million tourists annually besides its own population, and it is an important responsibility, he recalled.

Viorel Gutu, the FAO’s representative in Turkey and sub-regional coordinator for Central Asia, said the hunger has been increasing since 2014 globally, while obesity rates have been increasing at the same time.

All around the world, around 2 billion people cannot access safe, nutritious and enough food, Gutu noted and added that it is necessary to change the production and consumption methods of food.