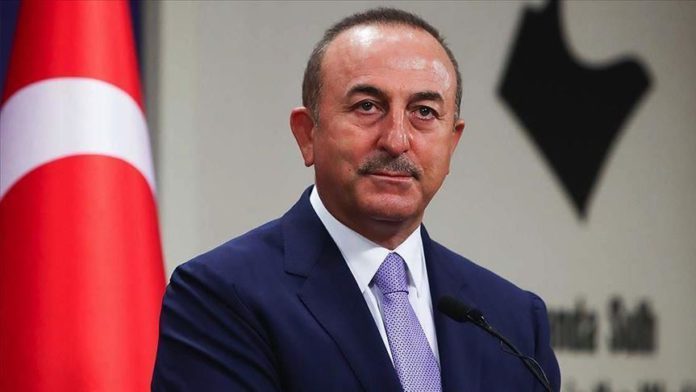 “We want a strong Gagauzia within a strong Moldova. We appreciate your working on this with Chisinau,” Moldova’s capital, Mevlut Cavusoglu told a press conference with Irina Vlah, governor (baskhan) of the Autonomous Territorial Unit of Gagauzia.

Gagauzia is an autonomous region in the Eastern European country that is home to a mostly Gagauz population – an Orthodox Christian, Turkic community.

Cavusoglu reiterated his support for Gagauzia to work with Moldova’s government, saying: “We hope that this good cooperation between you will result as expected in terms of Gagauzia’s autonomy status and we give you our full support.”

He said Turkey’s Turkic kin and related communities have a very important place in Turkish foreign policy, including Gagauzia and the Gagauz people.

“Our Gagauz kinsmen form a bridge of friendship between Turkey and Moldova,” he added.

Cavusoglu said Turkey launched very important projects with its state aid agency, the Turkish International Cooperation and Development Agency (TIKA), for the development of Moldova and Gagauzia as pledged during President Recep Tayyip Erdogan’s visit to the region in 2018.

These developmental projects will continue, Cavusoglu said, adding that Turkey has established schools for the Gagauz people to learn their own languages along with Moldovan, the official language.

For her part, Vlah said Turkey is the closest country to Gagauzia and has been helping to solve its political, social, and economic problems for 30 years.

“Turkey is opening a consulate in Gagauzia. This will strengthen the relationship between Turkey and Gagauzia,” she added.

Vlah also asked Cavusoglu to convey “warm greetings” to Erdogan on behalf of the leaders and people of Gagauzia.

Palestinians will have ‘entity’ instead of state: Israeli defense minister

Coronavirus infections up again in Spain