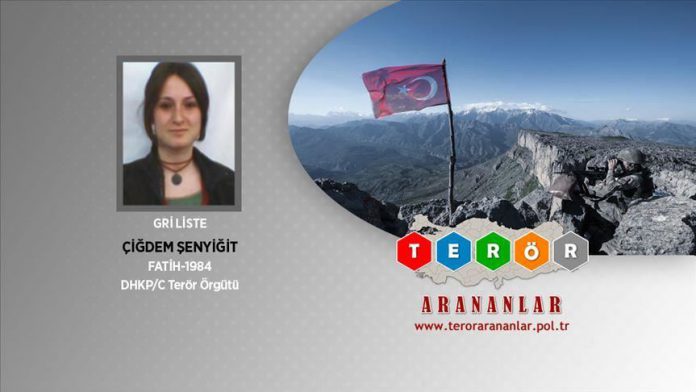 Turkish police arrested a wanted suspect of a far-left terror group in Istanbul, a security source said on Monday.

Raiding a place occupied by the terror suspects in the Atasehir district, counter-terrorism squads arrested Cigdem Senyigit, the so-called head of the DHKP-C terror group in Turkey, said the source speaking anonymously due to restrictions on speaking to the media.

Senyigit was on the wanted terrorists list of Turkey’s Interior Ministry.

The DHKP-C is responsible for a number of terror attacks in Turkey, including a 2013 attack on the U.S. Embassy in Ankara, which martyred a Turkish security guard.