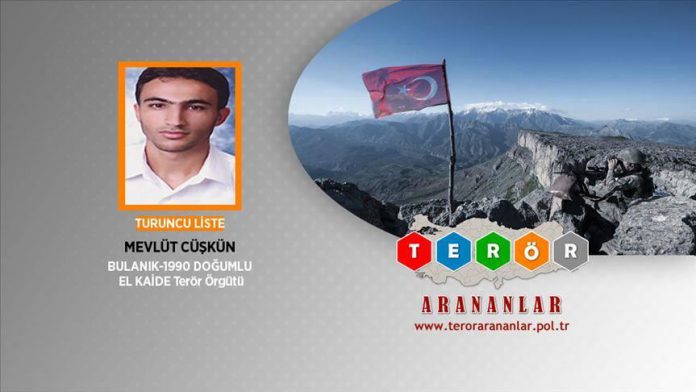 Istanbul’s anti-terror police carried out an operation to capture Mevlut Cuskun, who had illegally entered Turkey after spending a long time in conflict regions in Syria, said the source who asked not to be named due to restrictions on speaking to the media.

As part of the investigation process, police captured Cuskun in Istanbul’s Basaksehir district.