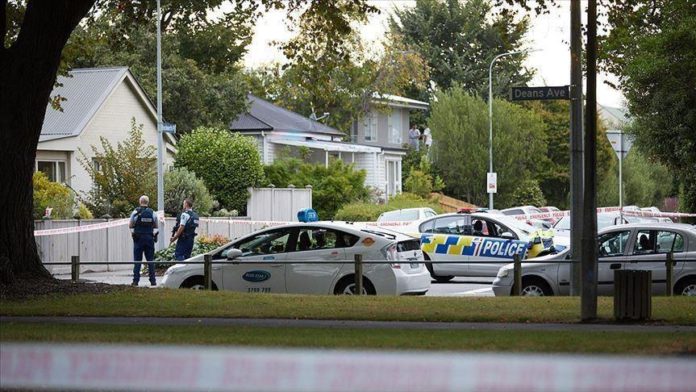 Commemorating victims of the 2019 Christchurch terror attack in New Zealand, the Turkish Foreign Ministry said in a statement: “On the occasion of second anniversary of the terrorist attack perpetrated in Christchurch/New Zealand on 15 March 2019, we commemorate with respect and mercy those 51 people who lost their lives, including one Turkish citizen.”

“Turkey plays a leading role in combatting Islamophobia and intolerance at international fora and supports the efforts of the Organization of Islamic Cooperation (OIC) at this direction,” the statement added. “To this end, the OIC Contact Group on Muslims in Europe was established upon Turkey’s initiative.”

Recalling Turkey’s efforts following the attack, “the Open Ended Emergency Meeting of the OIC Executive Committee was held on 22 March 2019 in Istanbul at the level of Foreign Ministers upon Turkey’s call in her capacity as the then-OIC Summit Chair,” said the statement, noting: “On that occasion a call was made for raising international awareness on combatting Islamophobia.”

“Within this understanding, a resolution was adopted at the OIC 47th Council of Foreign Ministers held in Niamey on 27-28 November 2020 to designate 15 March as the ‘International Day to Combat Islamophobia’,” the statement added.

According to the ministry, a high-level virtual event will be held with the initiative of the OIC Group at the UN on March 17, 2021 to raise international awareness on combatting Islamophobia.

Foreign Minister Mevlut Cavusoglu will participate in this event with a video message, the statement also said.

“Turkey’s active efforts and initiatives will continue with a view to keeping the fight against Islamophobia high on the agenda of international and regional organizations, in particular the UN,” it added.

“In addition, within the framework of a study initiated by our Ministry, annual reports on the countries where anti-Islamic, xenophobic and racist acts and discourses take place will be prepared and shared with international public opinion,” according to the statement.

On March 15, 2019, a terrorist attacked two mosques in the city of Christchurch during Friday prayers and killed 51 people and wounded 49 others.

The terrorist was sentenced to life in prison without the possibility of parole this year in August in the first such ruling ever handed down in the country.

Turkish-Greek dialogue ‘a window of opportunity’: US