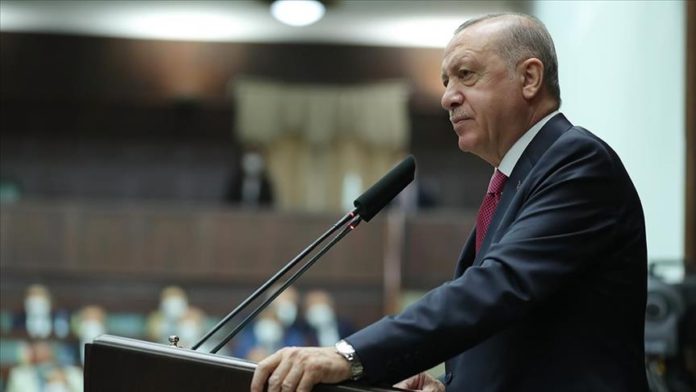 Turkey’s fight against the Fetullah Terrorist Organization (FETO) will continue with determination, the country’s president said on Wednesday, the eve of the fifth anniversary of FETO’s deadly defeated coup against the Turkish government.

“Just as we carry out our fight against other terrorist groups without compromise and with determination, we will follow FETO until its last member is neutralized,” Recep Tayyip Erdogan told his Justice and Development (AK) Party’s parliamentary group.

July 15, the day of the defeated coup, is now marked as Democracy and National Unity Day, with commemorations of that fateful day set to be held across Turkey on Thursday.

Turkey will not turn a blind eye to those who exploit the nation under the guise of religion, said Erdogan, adding: “Let this be known.”

While infiltrating and undermining the Turkish government and other governments, FETO has cloaked itself in the facade of a religious or educational organization.

Erdogan also noted that Turkey has the power, will, and determination “to find and destroy all kinds of threats to the integrity of its homeland, the unity of its nation, and the survival of its state …no matter where they are in the world, whether they are made by using terrorist groups or brought before them using other tricks.”

He stressed that the People’s Alliance is the “only political structure” whose “aim is to leave a great and strong Turkey to the nation, the state, and their children.”

The alliance of the two parties was forged ahead of the June 2018 general elections.

Dialogue between Russia and US, NATO to be key in easing...