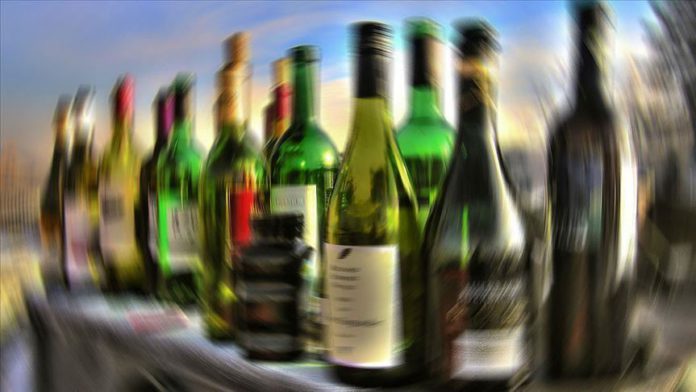 Turkish officials on Monday vowed more efforts to combat bootleg alcohol after 17 people who drank the alcohol died of poisoning, with 18 being treated in hospitals.

“There will be more inspections,” said Yavuz Selim Kosger, governor of the Aegean Izmir province, where 16 of the people died.

“A lot of bootleg alcohol and related material have been seized … Security forces raid places where they believe such activities are carried out.”

Kosger urged the public not to buy alcohol from illegal or unauthorized dealers.

Last Friday, 18 people were admitted to hospitals in Izmir, allegedly poisoned by counterfeit alcohol. Over the weekend, 10 of them lost their lives.

Five workplaces, a warehouse and a residence were subsequently raided and 12 suspects detained.

Separately, one person died from consuming bootleg alcohol in the metropolis of Istanbul.

Hakki Oguzhan Sahinoglu, 36, died after drinking his homemade spirits made with methyl alcohol.

Three people who bought methyl alcohol from the same source and made and drank counterfeit alcohol are also being treated at a hospital. Two of them are intubated.

Police have also arrested an employee of the workplace which allegedly sold methyl alcohol.

The owner of the workplace is wanted for the sale of methyl alcohol.