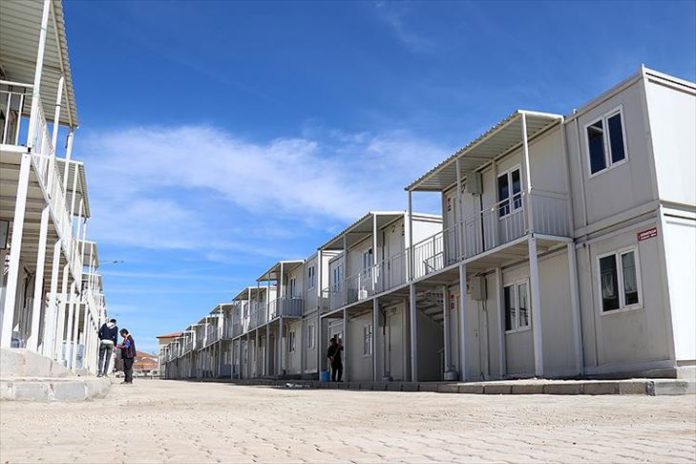 Victims of an earthquake in eastern Turkey earlier this year began moving to a “container city” Friday, composed of prefabricated housings.

Nine-hundred containers has been constructed in the Dogukent and 456 in the Kirklar neighborhoods of Elazig.

Work is underway to build 4,806 containers in the region.

Sonay Elekci told Anadolu Agency he lives in one of the structures with his five children since their home was heavily damaged by the earthquake.

The effects of the quake are still being felt in the region,