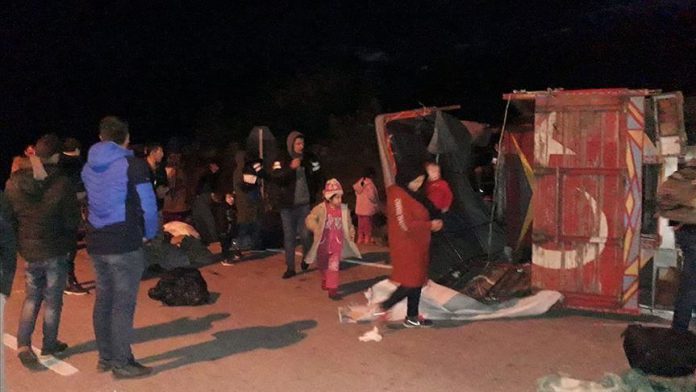 At least 32 people were injured on Thursday when a truck carrying irregular migrants crashed in Aegean Turkey, according to initial reports.

The truck overturned in Canakkale’s Ezine district while it was carrying 50 irregular migrants.

The injured were referred to hospitals for treatment, with seven of them sustaining serious injuries.

The emergency team and gendarmerie immediately rushed to the scene for help.

The migrants who escaped the accident uninjured were transferred to the local gendarmerie command.

The driver of the truck, identified only with initials G.A., was arrested for human trafficking.

Dream turns into terror for Bangladeshi women in Arabia