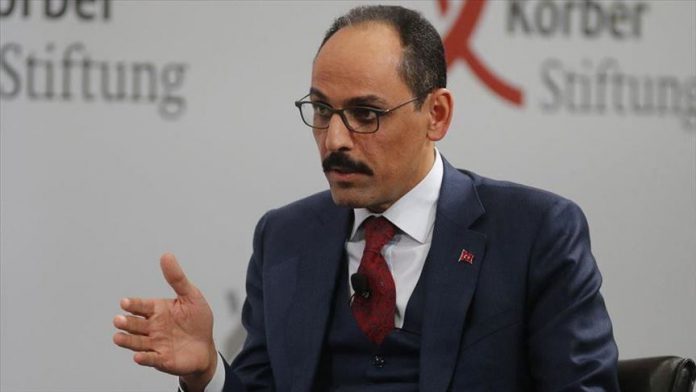 Turkey and the U.S. will hold talks next week to overcome differences over Ankara’s purchase of the Russian S-400 air-defense system, a top Turkish presidential aide said on Tuesday.

Speaking at a panel discussion at the Berlin Foreign Policy Forum, spokesman Ibrahim Kalin underlined that Turkey’s use of the S-400s would not pose a threat to the F-35 fighter jet program, and that this could be proved by a detailed technical study.

“I’ve been mandated to follow this with my U.S. counterpart Robert O’Brien” — the U.S. national security advisor — he said.

“We will be talking about this next week at the NATO summit, we believe that those concerns can be addressed,” he said, referring to the Dec. 3-4 summit in London.

Kalin said the S-400 would be operated as a stand-alone platform and would not be integrated into NATO systems.

The U.S. maintains that the system could be used by Russia to covertly obtain classified details on the jet.

In 2017, Turkey decided to purchase the S-400 air-defense system from Russia after years of talks with the Obama administration to buy the Patriot missile system ended without a deal.

No approval for NATO enlargement that could weaken Turkiye or alliance,...