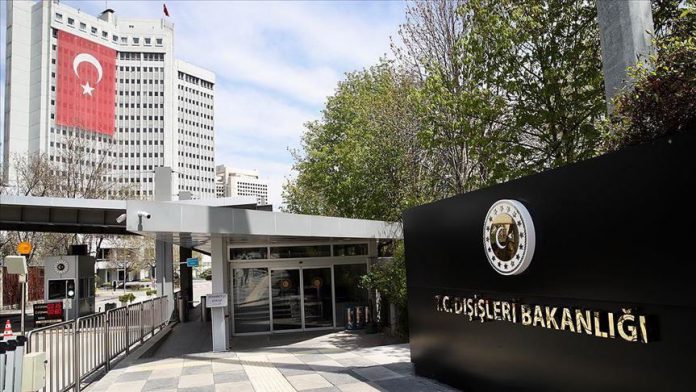 Turkey on Sunday said the recently revealed U.S. terrorism report which refrained from naming the YPG shows the latter’s effort to cover up its cooperation with the terror group.

“Not mentioning the YPG and instead calling it PKK’s offshoot in Syria is an effort by the U.S. authorities — who do not hide their cooperation with the terror group — to cover up their attitude which does not abide by the law,” Hami Aksoy, a spokesman for the Foreign Ministry, said in a written statement on the annual Country Report on Terrorism issued by the U.S. State Department on