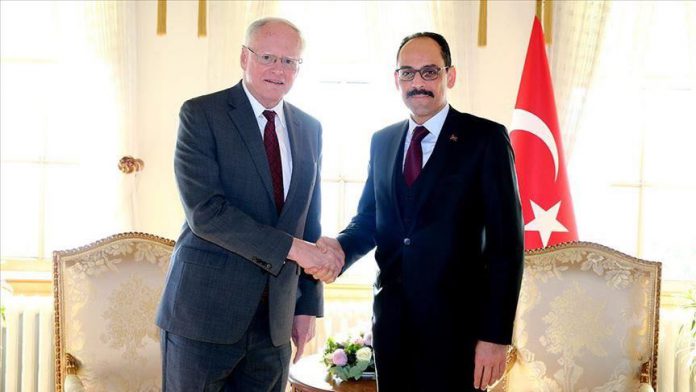 A top Turkish official and a key U.S. diplomat in the region on Saturday discussed Syria and the U.S.-Iran row in Istanbul, according to diplomatic sources.

During the meeting in Dolmabahce Palace, Ibrahim Kalin and James Jeffrey stressed the importance of meeting the requirements of the agreement between Turkey and the U.S. to establish a safe zone in northern Syria for displaced people.

Turkey on Oct. 9 launched Operation Peace Spring to eliminate YPG/PKK terrorists from northern Syria east of the Euphrates River in order to secure Turkey’s borders, aid in the safe return of Syrian refugees, and ensure

Evo Morales sets date for his return to Bolivia