TurkishPress
Home News Turkey: US move on Southern Cyprus to cause instability 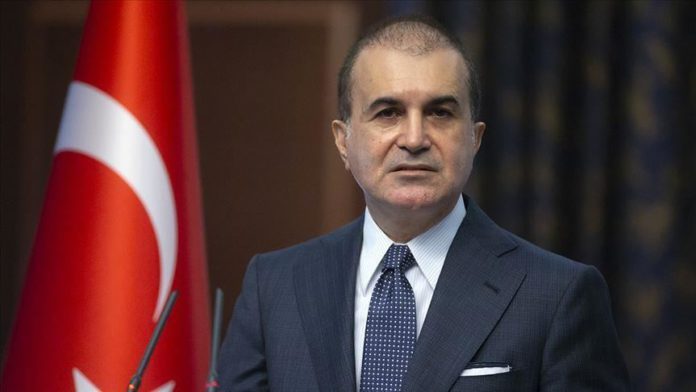 Turkey’s ruling party on Thursday slammed the US decision to include the Greek Cypriot administration to its International Military Education and Training (IMET) program.

Omer Celik, spokesman of the Justice and Development (AK) Party, tweeted that such moves would lead to destabilization of the Eastern Mediterranean region, and no actors would benefit from them.

“Any step which treats both sides of the island unequally is against the law and justice,” he added, noting approaches favoring the Greek Cypriots so far have failed and the US decision would not bear any fruit either.

He went on to say that the promises made to Turkey at Burgenstock Summit in 2004 were yet to be fulfilled and both Greece and Greek Cypriot administrations were encouraged by the double standards.

At the summit, the UN finalized a plan on the comprehensive settlement of the Cyprus issue in close consultation with the two parties in Cyprus and with Greece and Turkey.

US Secretary of State Mike Pompeo announced Wednesday that the US has included the Greek Cypriot administration of Southern Cyprus in its training program for 2020.

The Cyprus issue has remained unresolved for decades, despite a series of efforts by the United Nations, while recent tensions in the Eastern Mediterranean have further complicated the problem.

April 19, 2020
We use cookies to ensure that we give you the best experience on our website. If you continue to use this site we will assume that you are happy with it.Ok