TurkishPress
Home Americas US & Canada Turkey: ‘US move against spirit of Syria agreement’ 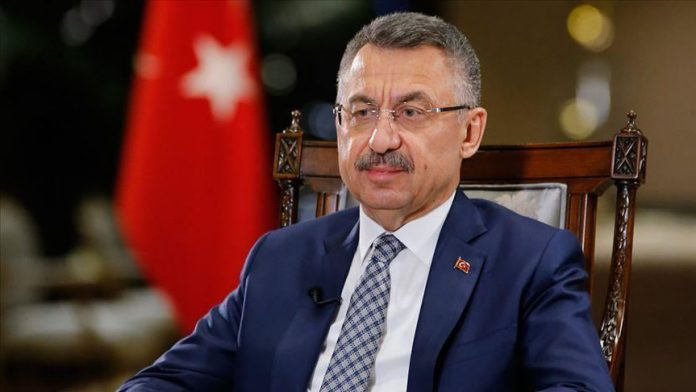 Turkey’s vice president on Wednesday condemned a resolution and a bill passed in the U.S. House of Representatives recognizing the so-called “Armenian genocide” and backing sanctions on Ankara.

“As Turkey takes a tough stance and become successful in its rightful fight against terrorism, smear campaigns targeting our country are intensifying,” Fuat Oktay said in a tweet.

“The draft sanction bill, which was approved by the U.S. House of Representatives yesterday and sent to the Senate, and the resolution recognizing the so-called Armenian genocide is against the law and the spirit of the agreement we reached on Syria,” he added.

Oktay also stressed that historical events should be uncovered by historians and researchers, not by ideologues in parliament.

Read more: Turkey: 'US move against spirit of Syria agreement'