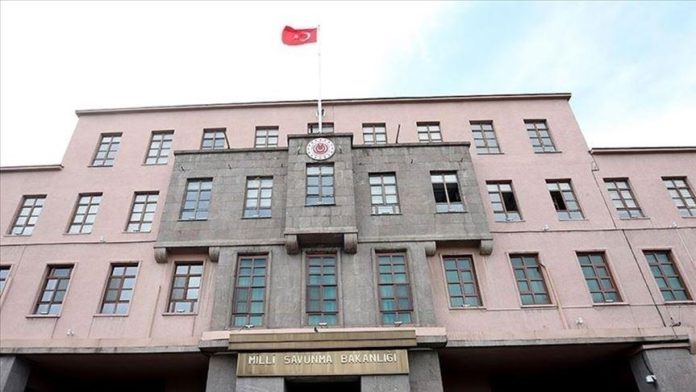 Turkey’s national defense minister said Tuesday that a framework has been drawn up for the security of Hamid Karzai International Airport in Afghanistan and studies between Turkish and American authorities on the matter are ongoing.

Speaking to reporters on the issue of ensuring the security of the airport in the capital Kabul, Hulusi Akar said: “In line with meetings, there are some issues that we agreed on [with US Defense Secretary Lloyd Austin].”

He said there are also positive developments in NATO on Turkey’s initiative.

Noting that Turkey regards Afghanistan as a brotherly country, Akar said “we have deep-rooted historical and cultural ties with them [the Afghan people]. We have done everything we can do in terms of their peace, tranquility and security. We will continue to work in the same direction.”

“We continue our efforts by taking the political and social structure of Afghanistan and the general situation it is in into account. The process has started, and negotiations continue,” he added.

On technical talks and meetings with Austin concerning Hamid Karzai International Airport’s security, Akar said: “The talks were very positive and constructive. Work is going on. There are other countries that want to help Afghanistan. We are talking to them as well.”

“We are trying to maintain the process both with our Afghan brothers and NATO, the EU and the international community,” he added.

Underscoring that Turkey carries out all its activities in Afghanistan in line with the interests of its Afghan brothers, Akar added: “We’ve been there for 20 years. We did not undertake combat missions.”

“We consulted, performed maintenance and repair and construction tasks. We have been operating Hamid Karzai International Airport for six years.”

He said Turkey’s aim is to continue to contribute to the security and well-being of the brotherly Afghan nation.

“The airport needs to be open and operated. All countries say this.

“If the airport does not work, countries will have to withdraw their diplomatic missions there,” he added.

He went on to say that without secure communication and transportation, the diplomatic missions will not be able to stay in Afghanistan.

“In such a case, Afghanistan will become an isolated state and will experience serious problems in terms of international relations,” he said, adding that “if the airport does not operate rationally, what will those who have to go abroad for education, health and trade do?”