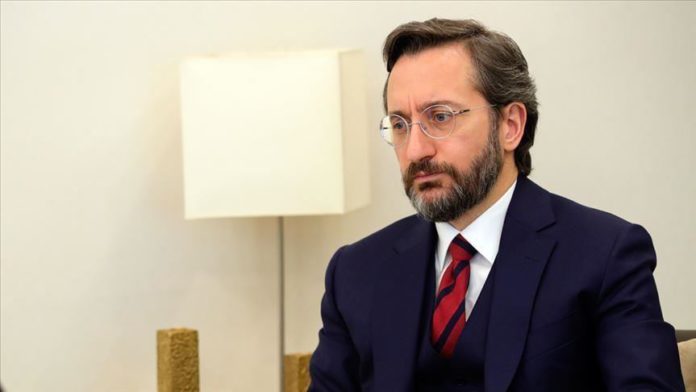 Turkey on Tuesday called on all powers supporting Libyan warlord Khalifa Haftar to “rethink their position and invest” in the Libyan government.

Under the guidance of Turkish President Recep Tayyip Erdogan, Altun said Turkey is “a capable country that can pursue terrorists in Syria and Iraq while supporting our brothers and sisters in Libya simultaneously.”

Stressing that Turkey will not tolerate terrorists who are trying to take advantage of the coronavirus outbreak in northern Syria and northern Iraq, Altun said his country would not allow another humanitarian crisis in Idlib, northwestern Syria.

“Turkey’s commitment to keeping stability and peace in the region has been clear. We’ve committed significant military, economic, and humanitarian resources to realize this end. Any terrorist who think they can derail our efforts is gravely mistaken,” he added.

Referring to agreements on Syria, Altun said Turkey is “ready to enforce the terms of the agreement” if other fails to do their part.